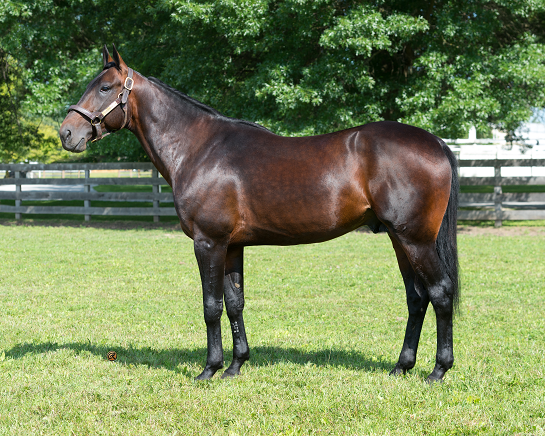 2022 - Considered to be the one of the most talented and best gaited trotters to ever don a bridle, Greenshoe’s highly anticipated first crop of foals will sell as yearlings this fall. Greenshoe took his record of 1:49.4 as a three-year-old winning his division of the Bluegrass Series at The Red Mile. Other notable wins by this electrifying trotter during his two seasons of racing include the New Jersey Sire Stakes Final at two (in 1:53.3) , The New Jersey Sire Stakes Final at three, The Kentucky Sire Stakes Final at three, The Stanley Dancer Memorial, elimination of the Hambletonian (second in the final by a neck), the Zweig Memorial and the Kentucky Futurity. Greenshoe earned $1,353,772 in 17 lifetime starts. As a three-year-old, Greenshoe only trotted one last quarter slower than 28 seconds, and that was in his first qualifier of the year. A former $330,000 yearling, Greenshoe is a perfectly conformed individual standing 16 hands high. His first foals are a uniformly stellar group with good conformation, athleticism and keen intelligence. Greenshoe has been bred to full books of outstanding mares his first two seasons at stud and is sure to be as dominant a force in the stallion ranks as he was on the racetrack. 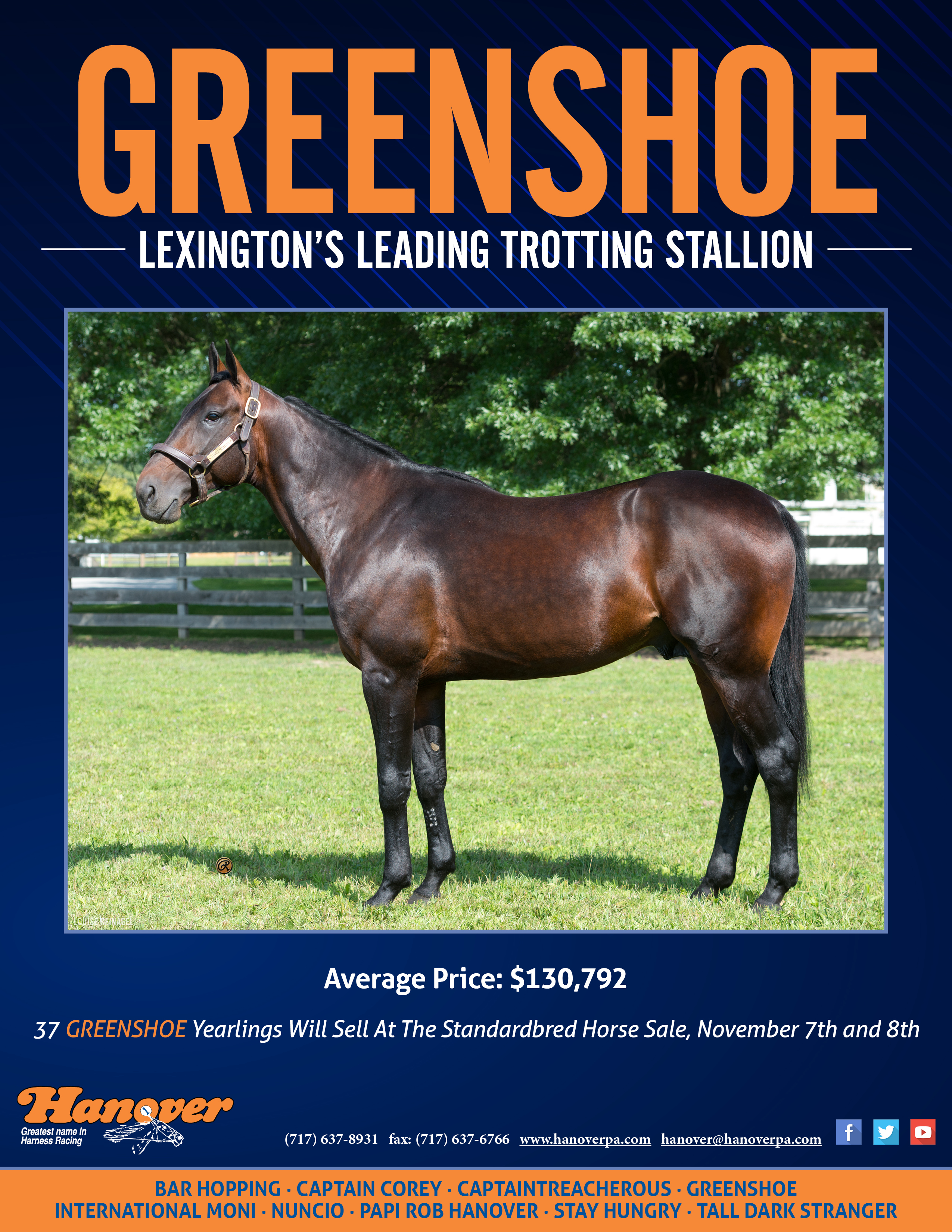 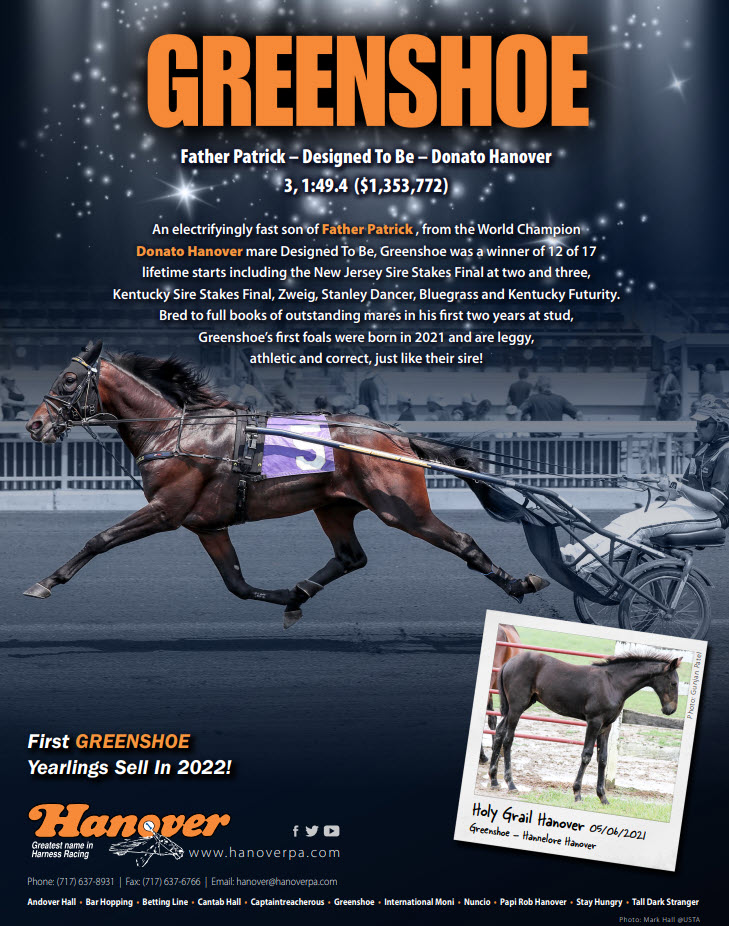