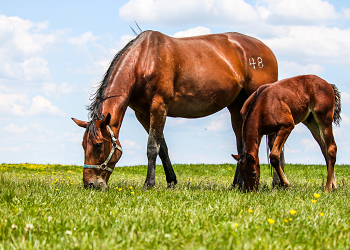 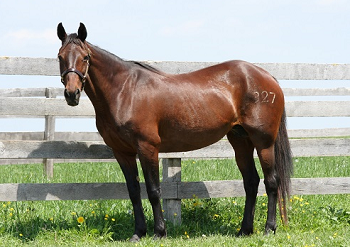 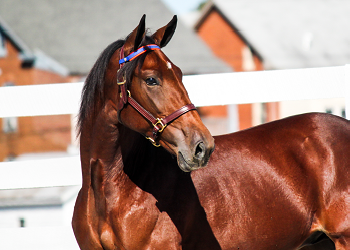 Seeking qualified applicants for several full-time positions on busy Standardbred breeding farm.
Experienced Stallioner - Responsibilities would include daily care of some of the industry’s leading stallions in addition to safely handling stallions for artificial collections. Must have previous stallion handling experience and excellent references.
Yearling Trainer Supervisor - Responsibilities would include handling and gentling weanling/yearlings five days a week; working on ground manners- haltering, leading, picking up hooves for inspection, getting them used to being groomed and broken to crossties; assisting yearling supervisor with turn out and trailering of yearlings; assisting blacksmith with trimming of yearlings in addition to handling foals for microchipping and blacksmith work; keeping notes on behavior of individuals and any abnormalities reported to farm manager. Position would include assisting yearling crew with weekend field inspections on a rotational basis and assisting with yearling sale prep. Previous work with yearlings and a solid background of horse handling experience required.
Full time position compensation package includes quarterly bonuses based on work performance evaluations; housing, life and health insurance after 90 days of employment; 401K benefits after a year of employment; vacation and sick pay.
E-mail Patti Murphy pmurphy@hanoverpa.com with resume and references.

It is with great excitement and pride that Hanover Shoe Farm’s announces the addition of three -year -old pacing colt phenom Tall Dark Stranger to its stallion roster for the 2021 breeding season. With a record of 1:49.1 at 2 and a current record of 1:47.1 at 3 and $1,741,645 earned thus far, Tall Dark Stranger has a remarkable slate of 16 wins and 1 second from 18 career starts. Owned by Crawford Farms Racing, Marvin and Lynn Katz, Caviart Farms and Howard and Marlene Taylor, trained by Nancy Takter and driven by Yannick Gingras, Tall Dark Stranger is the only horse in history to win the Metro Pace and Breeders Crown as a two year old and return to racing as a three year old and win both the Meadowlands Pace and North American Cup. Tall Dark Stranger also won the International Stallion Stakes at 2 in route to being voted 2 -Year -Old Colt Pacer of the Year in both the United States and Canada. This year at three, in addition to the Meadowlands Pace and North American Cup he has also captured The Cane Pace and The Kentucky Sire Stakes Final. Tall Dark Stranger is scheduled to start next at The Red Mile and then go on to the Breeders’ Crown at Hoosier Park. Seemingly destined for greatness from his birth, Tall Dark Stranger was a $330,000 purchase from the 2018 Lexington Selected Sale. He was considered by many to be the premier pacing colt offered at that venue that year. A stunning individual by the legendary stallion Bettors Delight ,Tall Dark Stranger hails from one of harness racing’s most prolific families. He is out of World Champion and Dan Patch and O’Brien Award Winning 2-Year-Old Pacing Filly of the Year Precocious Beauty p,2,1:50.1 ($838,004), she a sister to successful pacing stallion Sportswriter and out of a sister to Swinging Beauty P,1:49.4 ($893,268) and the grandam of Downbytheseaside P,2,1:49, 3.1:48.3f ($2,179,558) whose eagerly awaited first crop of yearlings sell this fall. “Russell and I are thrilled and honored to have been given the chance to add such an illustrious pacing stallion to our roster, we believe he is the most accomplished pacer to enter the stallion ranks since Captaintreacherous. This will be the our first partnership with Crawford Farms, Caviart Farms and Howard Taylor ,which is exciting ,and the third stallion we stand that Marvin Katz owns part of, Captiantreacherous and Bar Hopping being the two others. It is a pleasure to work with Marvin ,he has vast knowledge of the breeding business and a terrific band of broodmares to support his stallions”, says Hanover Executive Vice President Dr. Bridgette Jablonsky. Trainer Nancy Takter calls Tall Dark Stranger “One of the best pacers we have seen. A champion at two and three, he’s done things that no horse has ever done. He’s a pleasure to train and knows that his job is to win”. Driver Yannick Gingras says that Tall Dark Stranger is the best pacing colt he has ever driven. “He has all the tools needed for greatness. Speed, gait, and looks but above all his desire to win races is truly unbelievable to me. He’s a champion in every sense of the word”. Tall Dark Stranger will stand in Pennsylvania His service fee and details concerning the Syndication will be forthcoming.

Beautiful farm, beautiful horses, and you can walk right up to the paddock fences and through the barns. No feeding the horses though!! Well worth stopping for a visit.

March and April are the best months to visit. It's foaling season and new arrivals are showing up every day. You will find them in the broodmare barn with their Mama's. Once they get their legs under them, the foals get to romp in the nearby corrals under their mothers' watchful eyes. Take your camera and if you're patient, you can capture some wonderful scenes.

They are not only nice people to deal with but true Horsemen also, which is rare in the racing industry. They are knowledgeable and care for their animals. 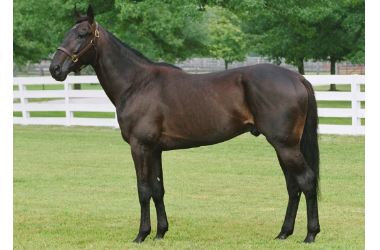 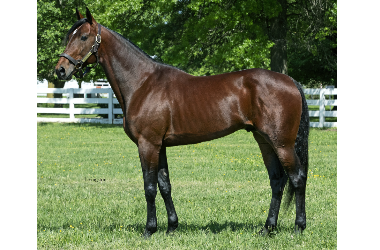 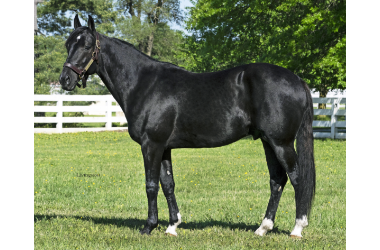 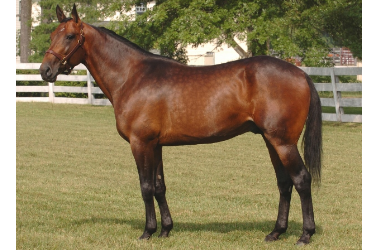 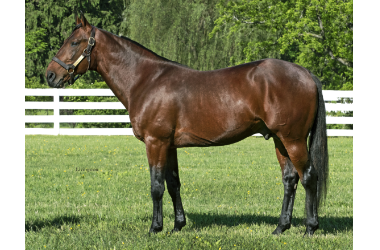 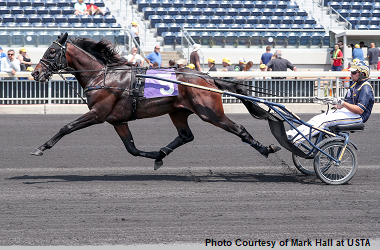 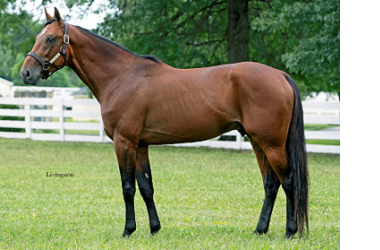 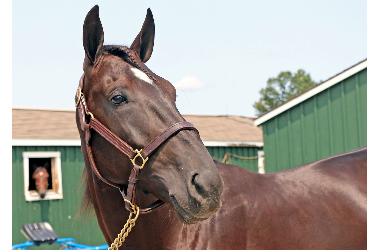 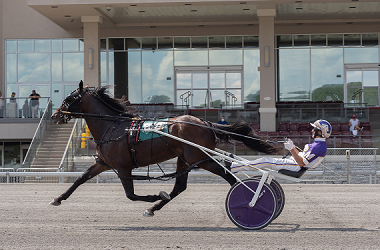 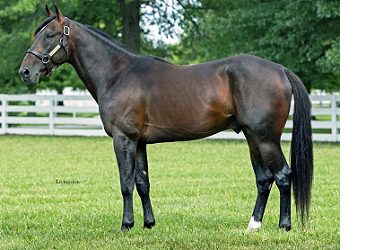 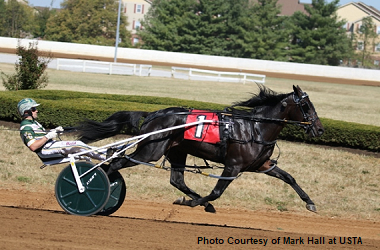